Dhaka, the capital of Bangladesh is one of the most highly populated and traffic-congested cities in the world with an ever-increasing population of over 14 million. With continued economic growth and development, unbearable traffic congestion all around the city has become a grim reality for its inhabitants. Dhaka Mass Transit Company Job Circular 2020.

The congestion and pollution problems are rapidly growing due to rapid urbanization. In the absence of a dependable and adequate public transport system, most of the roads remain occupied by vehicles with very little capacity. Currently, the notable mass transit facility within the city in the form of Government and privately owned buses, and a very few railway routes are overburdened with the ever-increasing demand of a better and modern computing system within the city. 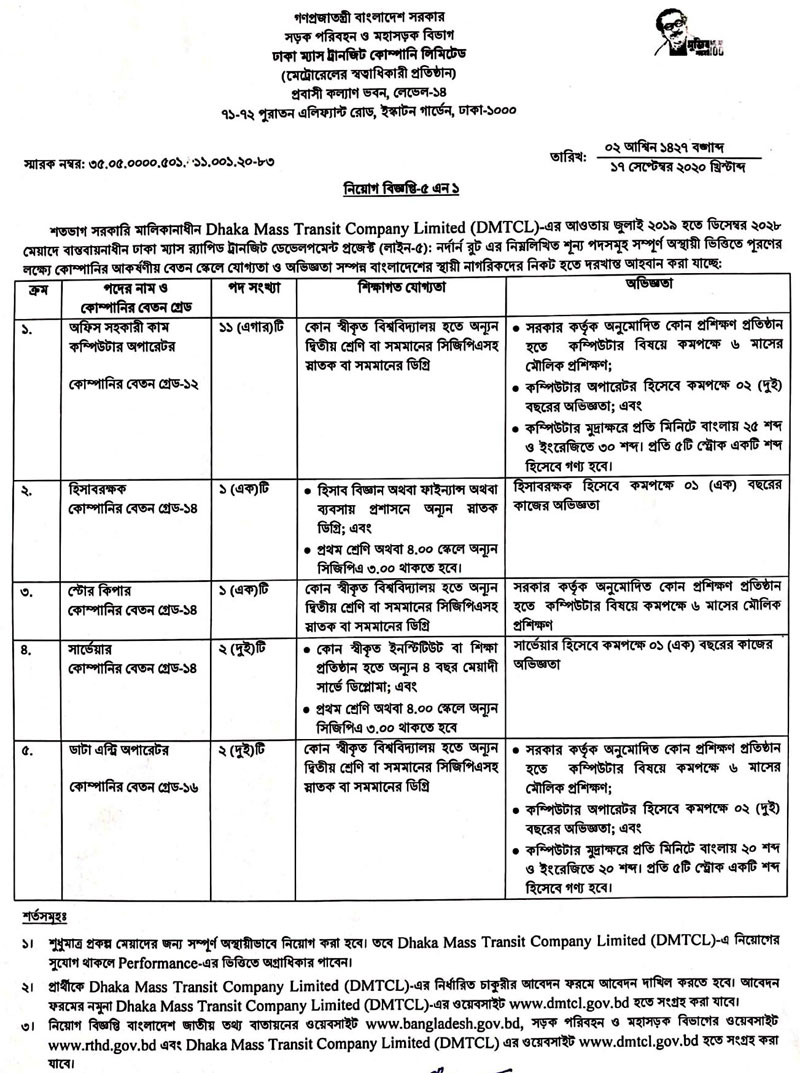 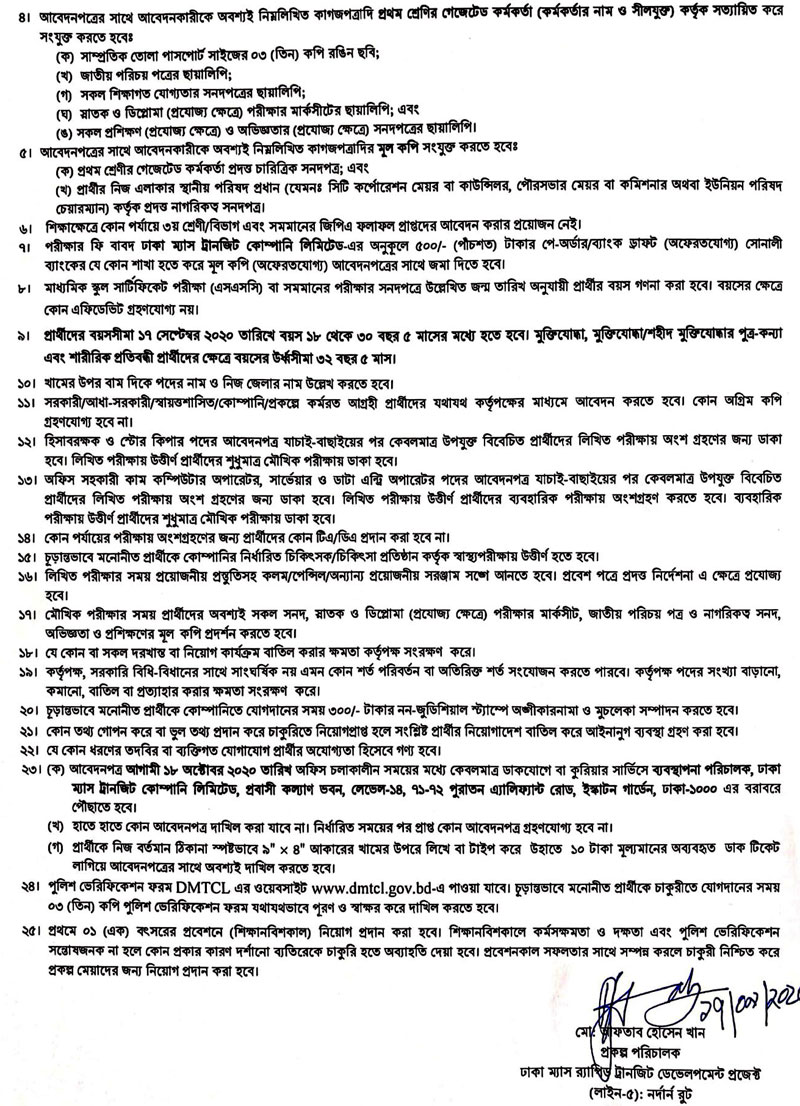 From 70 different policy recommendations under the STP, 10 comprehensive transportation strategies were evaluated. Later the Strategic Transport Plan was revised and the newly adopted plan includes the construction of 5 Metro Rail lines across the City.

The approximate travel time will be a little over half an hour. Metro Rail coaches will be equipped with modern features like information display, well-organized seating arrangement, Air-conditioning with Wheelchair accessibility on both ends of the Train. Dhaka Mass Transit Company Job Circular 2020.

In order to reduce vibration and noise, Floating Slab Track (FLS), Continuous Welded Rails (CWR), and Noise Barrier wall will be installed wherever necessary. Once finished, it will be the most time-efficient, reliable, safe, comfortable, and environmentally friendly solution, that will transform Dhaka into a more active, commutable, and sustainable city.

About Golam Faruque
I am Mohammad Golam Faruque, Human Resources Professional in Bangladesh. I am also the admin of Dhaka Jobs 24, a Bangladeshi Job and Education based website.