ICB is the most valuable part of the world banking system. Otherwise, ICB Islamic Bank is one of the most popular banks in Bangladesh. With the job chances in ICB bank, anyone can take this opportunity. ICB Islamic Bank Job Circular 2018.

■ Job Description: This job position is experienced financial proposal from the constructions firms and forward to the bank authority for further review and selection purpose. 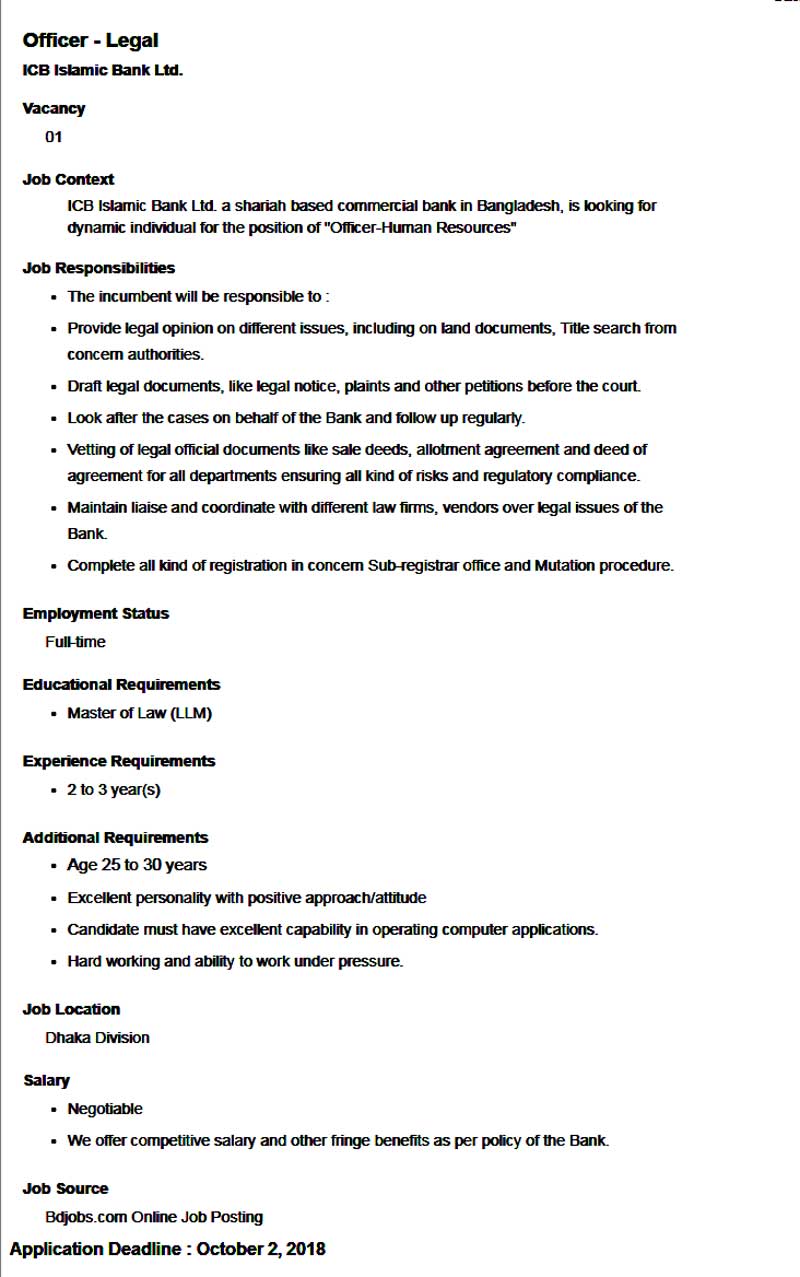