■ Job Description: Ministry of Civil Aviation and Tourism Bangladesh is looking for a few young, skillful, creative and self-motivated individuals.

■ How to Apply: Apply to online [http://mocat.teletalk.com.bd/ ] 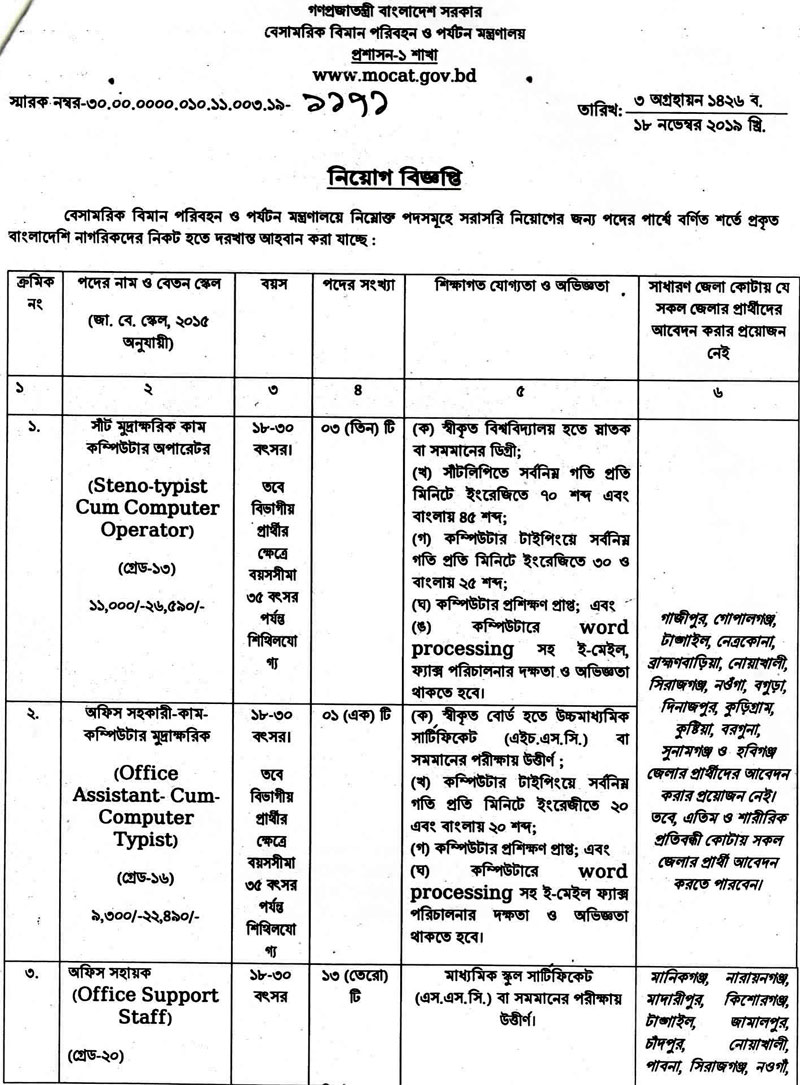 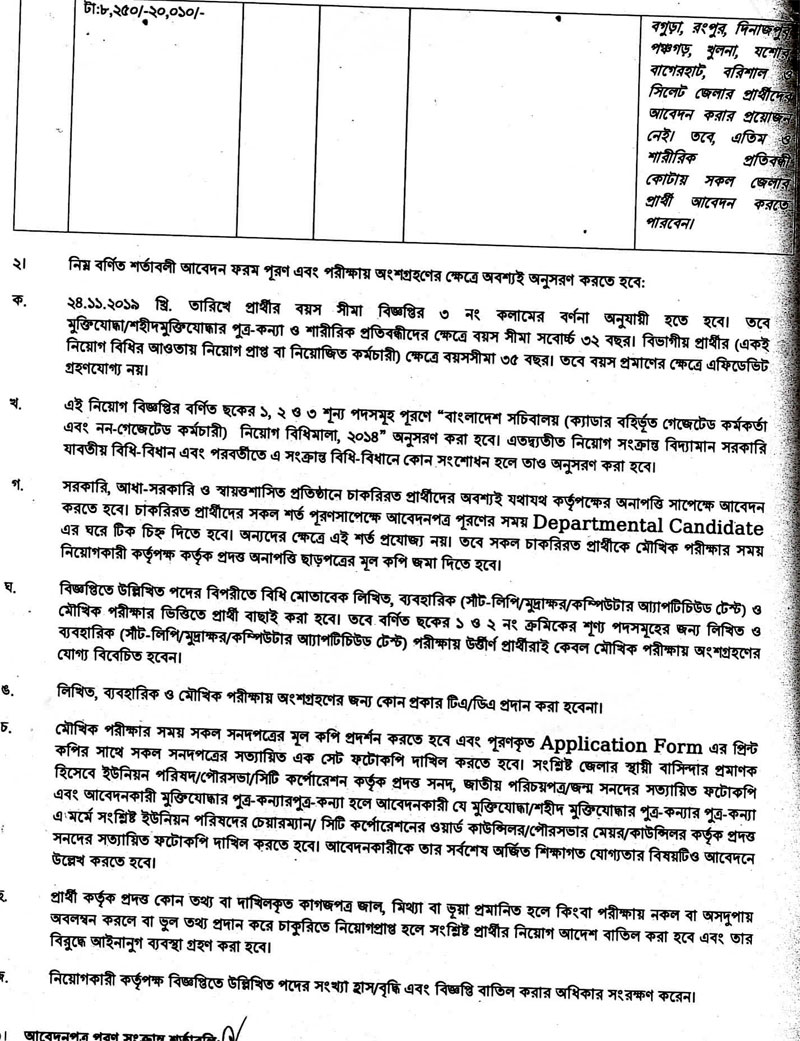 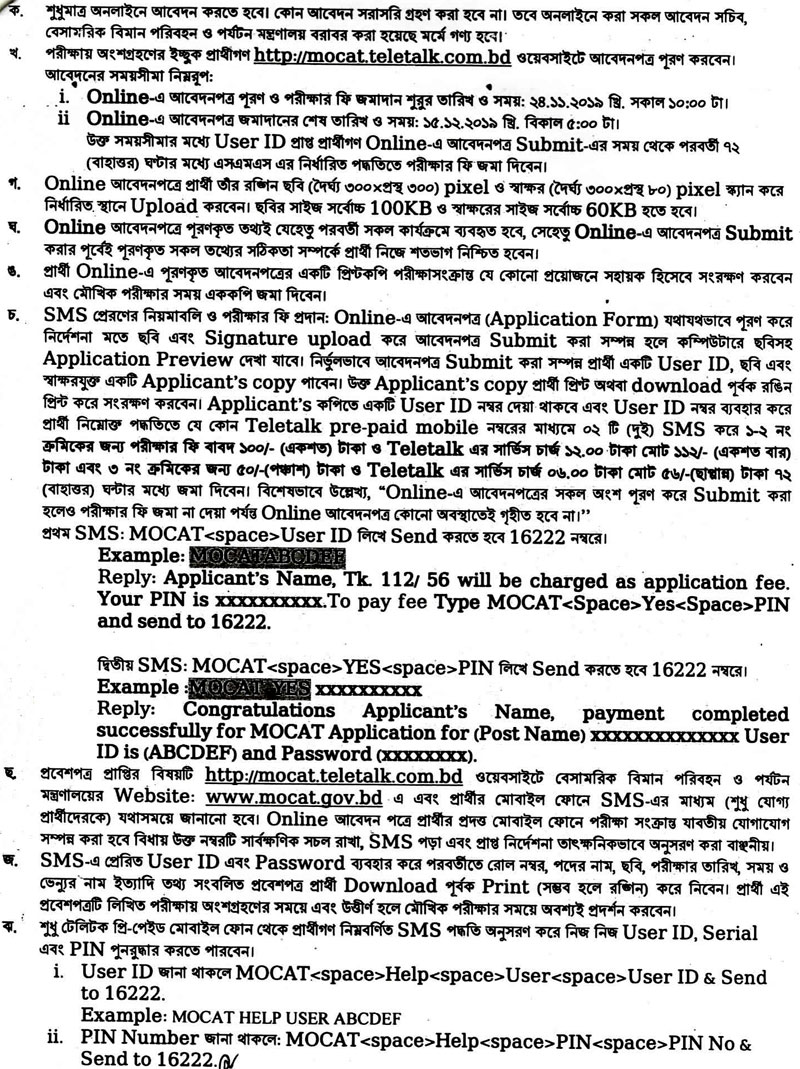 The Aircraft (Removal of Danger to Safety) Ordinance, 1965 (XII of 1965) was promulgated by the Government in the year 1965. It deals with flight safety. The Civil Aviation Authority Ordinance, 1985  in pursuance of the Proclamation of the 24th March 1982, and in the exercise of all powers enabling him in that behalf, the President is pleased to make and promulgate the Ordinance.