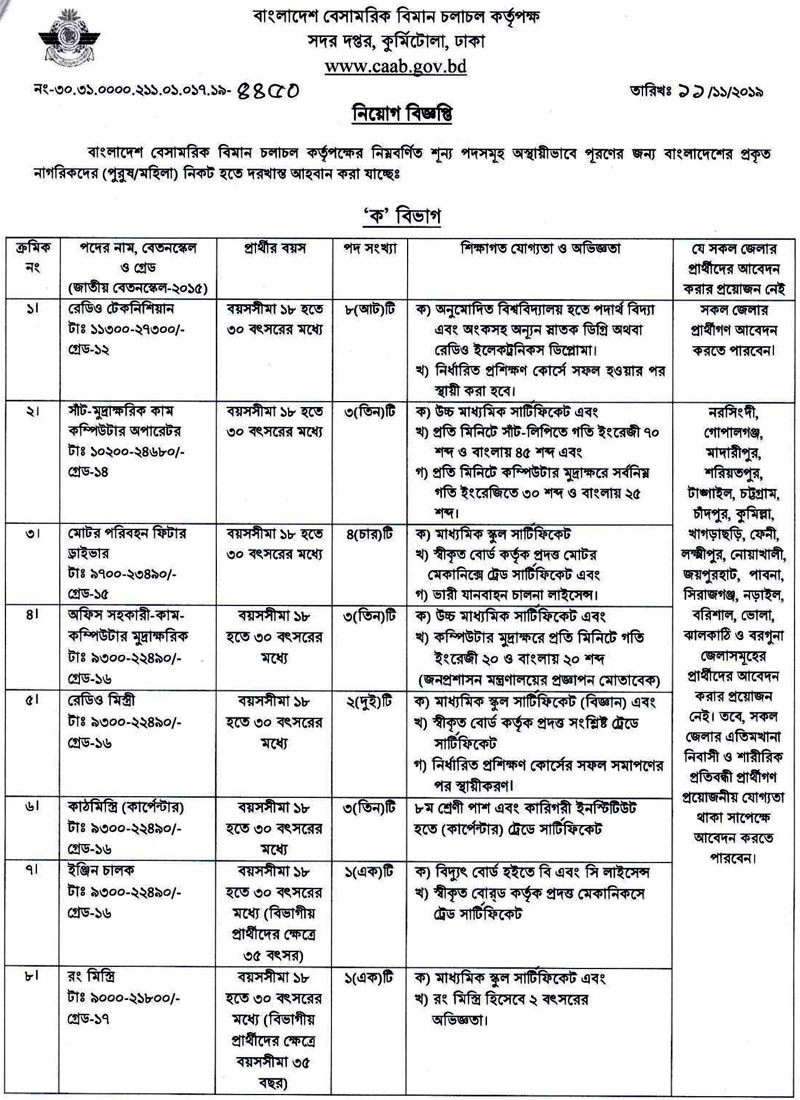 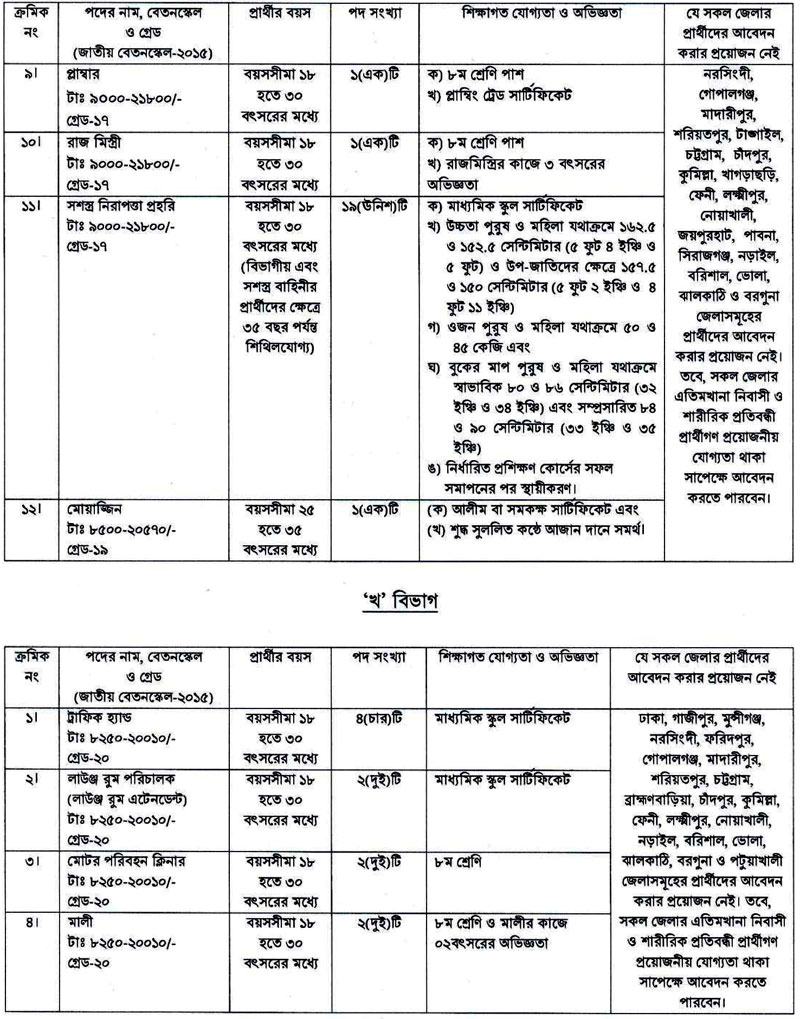 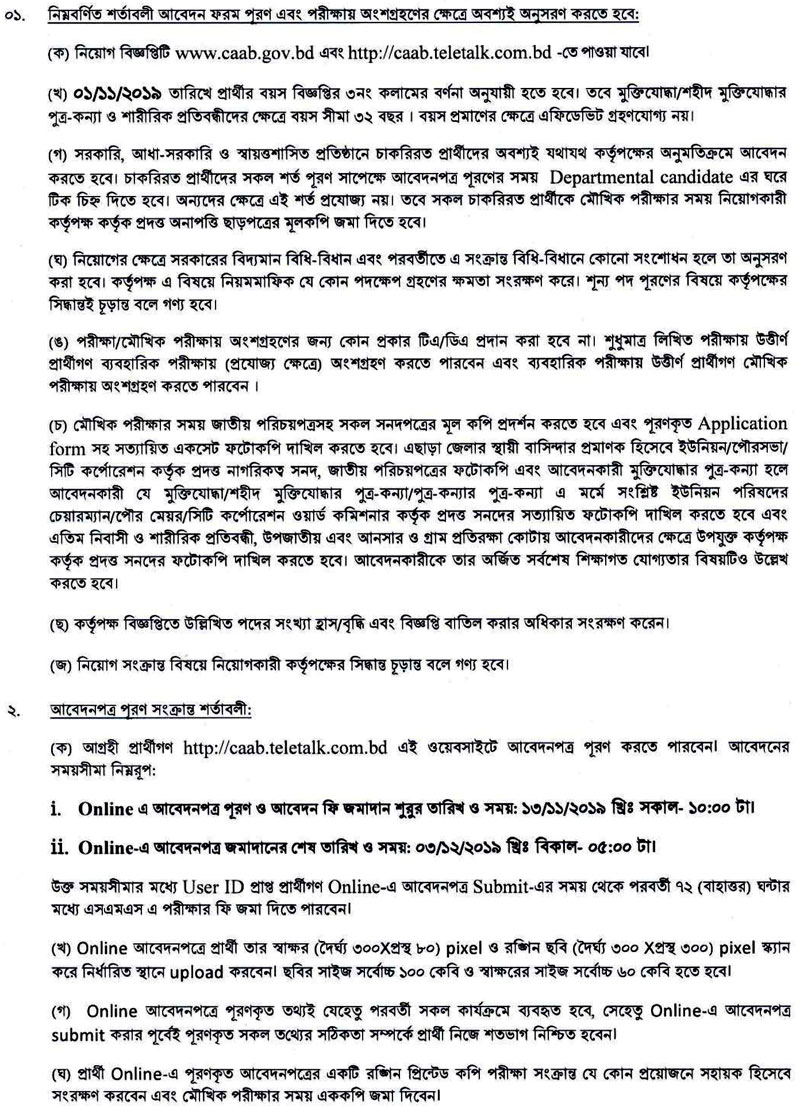 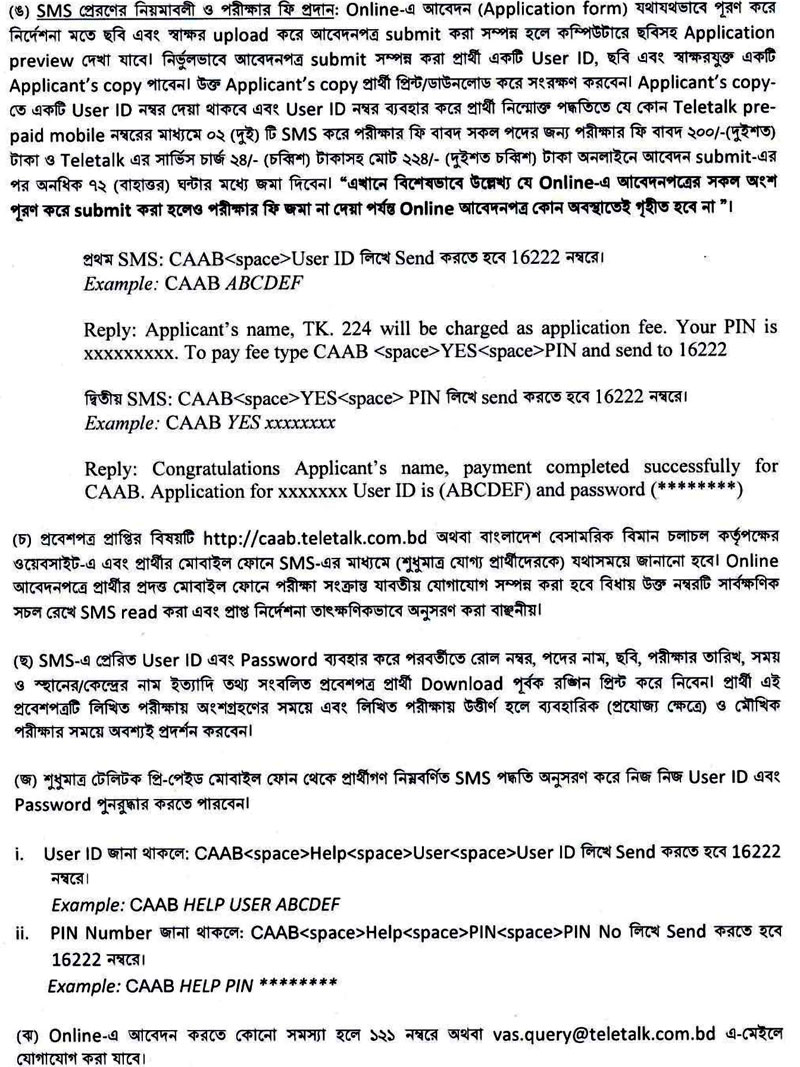 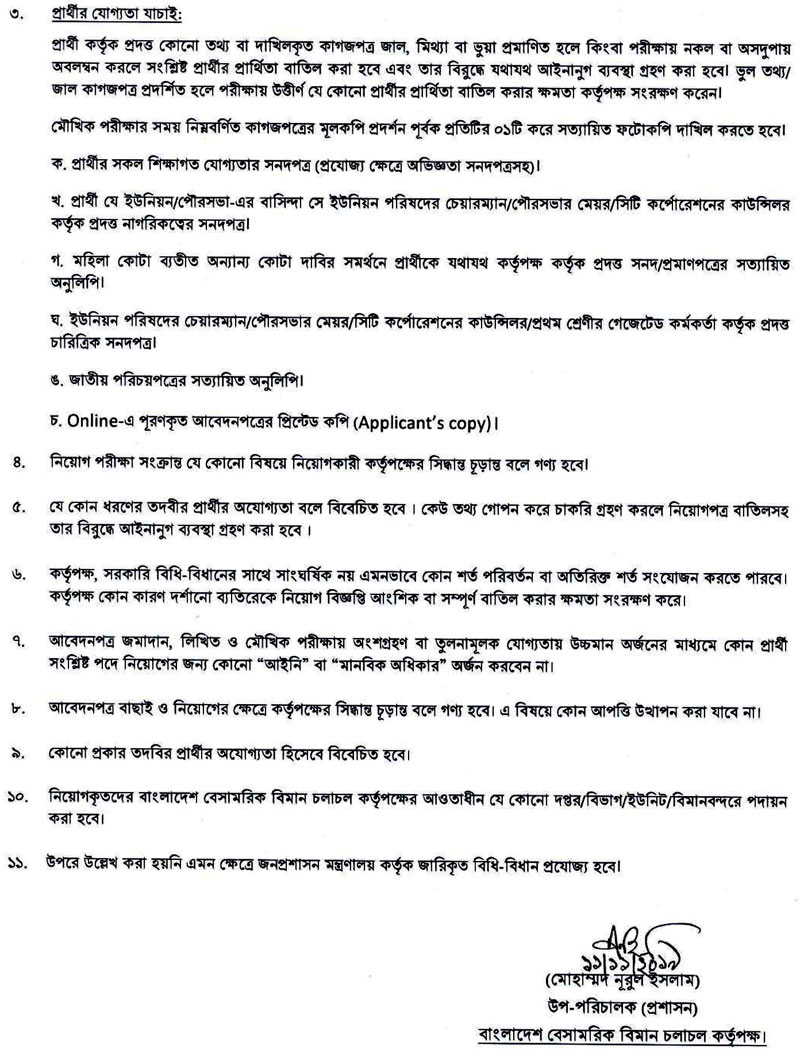 This Ordinance along with the Aircraft Rules, 1937 had been the legal regulatory framework for all civil aviation activities in Bangladesh until 23rd August 1984 when the Civil Aviation Rules, 1984 was promulgated by the Government of the People’s Republic of Bangladesh. Therefore, the present legal regulatory framework for civil aviation activities in Bangladesh is the Civil Aviation Rules, 1984, and the Air Navigation Orders issued by the Chairman under this rule. Civil Aviation Job 2019.

The Civil Aviation Ordinance, 1960 (XXXII of 1960) was made to make better provisions for the control of the manufacture, possessions, use, operation, sale, import and export of aircraft, the control and regulation of air transport services, and the control and development of aerodromes in the country. It repealed the Aircraft Act, 1934 (XXII of 1934).

The Aircraft (Removal of Danger to Safety) Ordinance, 1965 (XII of 1965) was promulgated by the Government in the year 1965. It deals with flight safety. The Civil Aviation Authority Ordinance, 1985  in pursuance of the Proclamation of the 24th March 1982, and in the exercise of all powers enabling him in that behalf, the President is pleased to make and promulgate the Ordinance. Civil Aviation Authority  official website www.caab.gov.bd

This set of rules elaborately dealt with personnel (pilot, flight engineer, air traffic controller, aircraft maintenance engineer, etc.) licensing, airworthiness requirements, the operation of aircraft, rules of the air, air transport services, etc. Much of today’s operational responsibilities and functions of CAAB are defined and formulated in these Rules.

Civil aviation authority Bangladesh (CAAB) functions as the regulatory body for all aviation-related activities in Bangladesh. Anyone can take this opportunity. Otherwise, you can visit the official website of the Bangladesh Civil Aviation Authority that is www.caab.gov.bd. Interested and eligible candidates are requested to apply this job circular.

I am Mohammad Golam Faruque, Human Resources Professional in Bangladesh. I am also the admin of Dhaka Jobs 24, Bangladeshi Job and Education based website.

View all posts by Golam Faruque →