Have you ever suffered a lot from data loss? To avoid data loss or recover crashed system, you often need to create an image of your PC before computer breaking down. AOMEI Backupper (AB) Standard is an all-in-one backup software to back up your important files and create system images to protect your data. Multiple language features will help people around the world to use it.

AOMEI Backupper 4.0.3: The Most Simple Backup Tool for Your PC

and again after setting up a scheduled task of syncing files to a network path. 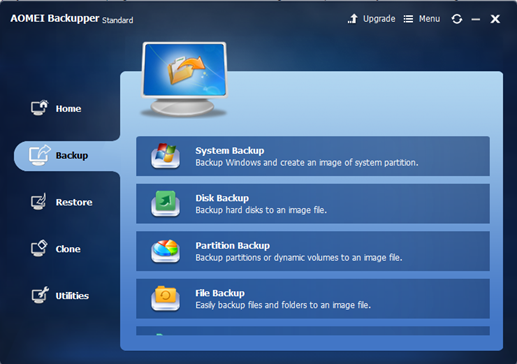 If your system is Windows 7, Windows 8.1, Windows 8 or Windows 10 (not XP or Vista), you can click here to free download AOMEI Backupper with smaller installation package size. You can also upgrade to the Pro version, which costs $49.95，the pro version offers additional features such as faster speed for backup and restore, or higher priority with the tech support.

As we know, every one of us needs to partition the hard drive and install Windows operating system before using our computer, but it is…

On the web, there are millions of YouTube tutorials, “step by step” articles and alternatives to cover the issue of data or file transference from…